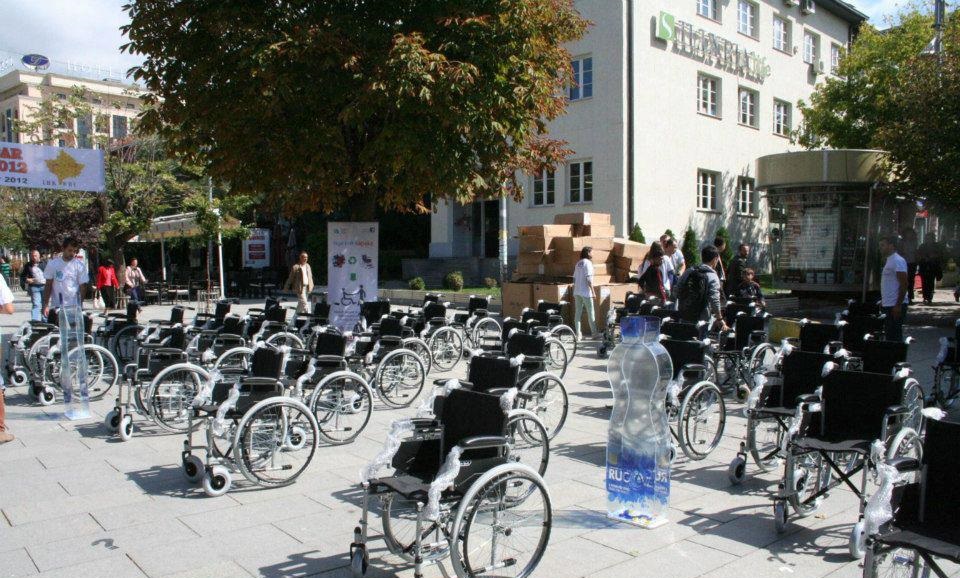 Kosovo Cap Project is a humanitarian project founded in Kosovo in December 2011 by the Green Club organization and the AUK Charity Club, both of these volunteer organizations established by students.

KCP and Rugove Water: Rugove Water is the main partner of the project and started supporting this initiative since February 2012, initially with the production and installation of plastic collection baskets located in cafes, restaurants and public institutions of Kosovo. This also made the project take even greater attention and greater mobilization of citizens in the collection of plastic caps. Later, with the need of project leaders, Rugove Water began to undertake plastic caps transport within Kosovo to the final storehouse that was at the American University in Kosovo, as well as offering the storehouse of Rugove Water for collection of larger quantities of caps.

Rugove Water and Kosova Cap Project are also working on putting baskets in Kosovo schools in order to stimulate students to collect plastic caps. This initiative will continue in other schools in Kosovo. Recently, Rugove Water also supported the organization of the Humanitarian Evening that aimed to raise funds for the continuation of the project by printing promotional materials for this evening. Kosova Cap Project, as a humanitarian project, has no end date, as the more caps that gather, the more wheelchairs can be donated.